The glorious dawn of the new socialist revolution was unfortunately met with clouds and drizzle as Reg and Trev made their slow winding way down the row of terraced houses.

‘So ‘ow we going to know who’s the proletariat and the oppressors of the working classes and slaves to the capitalist something?’ asked Trev in his nasal, high pitch tone. Reg shrugged. ‘It’ll be obvious, innit? Come on let’s get started.’

They knocked on the first door. A man in striped blue and white pyjamas answered.

‘Er…’ coughed Reg. ‘We’re here on the behalf of the People’s Socialist Republic of England. Are you or have you ever been an oppressor of the working class, and or a capitalist running dog sir?’

‘… I’m not quite sure what you mean. Are you selling a newspaper?’

Reg huffed. ‘No sir; we’re here on behalf of the People’s Socialist Republic of England, lynch mob committee, north-west region, borough of wotsit. Now, have you ever been an oppressor of the proletariat and or a capitalist running dog please, sir?’

‘Er… When did England become a Socialist Republic?’

‘Oh we’ve got a right comedian here Trev, ain’t we?’ Reg chuckled ominously. This caused Trev’s nerves to show and he giggled waveringly whilst hopping on the spot, adjusting his collar. ‘Show him the rope Trev;’ ordered Reg. Trev quickly fumbled with a noose made of hemp, shoving it under the man’s nose.

‘See? We’ve got the paperwork to send off to get the go ahead to get the paperwork to authorise someone to use that thing sonny; so don’t mess with us right? Ok Trev, you can put the rope away now, lad.’ Trev in his excitement had tangled his hands together and every time he tried to prise them apart, the noose got tighter.

‘One sec fella, got a situation on my hands here. Not be a mo,’ said Reg as he turned to disentangle Trev’s hands.

Trev turned to Reg and said in a simpering tone: ‘It’s not been a very glorious dawn to this revolution yet has it Reg?’ 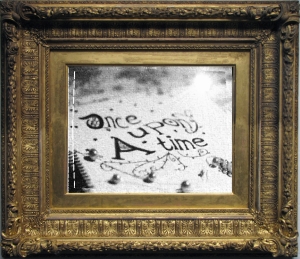