Insanity — a perfectly rational adjustment to an insane world

One article in and the ridiculous acronyms have arrived!

At this point we can all go home. Mystery solved.

In the 1960s, a movement was inspired and branded the anti-psychiatry movement. One of their adopted members was a maverick psychiatrist called R.D. Laing. Ronald Laing was a genuine thinker and had concluded that, rather than sedate or lock away those with considered mental disorders, we should talk to them rather than only control them. We should try to understand their world they inhabit and by doing so, help them back across the border to sanity where possible. A perennial favourite of mine is The Divided Self by Laing, a study on different states of existing, i.e. what was termed schizophrenia.

The tools and understanding to help communicate brilliantly with those on the autistic spectrum, ADHD and with mental health issues are out there, but are splintered into varying approaches. Some work and in my experience, PACE constitutes one of the tools I use daily in helping myself and others.

Always approach life with a smile. Bad thoughts weigh heavily. Positivity, humour and fun shine through and non-verbal language equivalents are just as important. Slouched and looking hungover might work when you’re a rebellious teen, but someone with the sincere desire to help needs to show it a tad more.

Not every situation lends itself to a smile and attempt to play. For example, when finding a child in meltdown ripping up paving slabs and holding them above their head was not a time for the clown costume or bad pun. Instead, hands held up, palms facing, flat and  non-threatening. ‘Do you know who I am Pete?‘ softly spoken.

Slab thrown down in front of the boy and floods of rage tears followed. One stage closer to slowing down.

Tying in nicely with another concept, unconditional positive regard, accept people for who they are without judgement. If you came to me right now and said you had murdered someone, my reaction would be to ask how on earth that had come to happen?

Not judging people is difficult. For myself, I come with numerous doubts built in about my person; who am I to judge others? It is human to transpose your ideas and ideals onto others, but there’s a time and a place. There also should be a need and if people don’t fit a mould, then nor should they be forced into one that is an impossible fit.

Who are you? I mean it genuinely; tell me about yourself, why are things the way they are for you?

Interest can be faked, but genuine curiosity connects the dots. Whether you’re looking internally or at others externally, taking the time to learn the person is extremely important. Curiosity leads to understanding, an understanding that massively aids communication.

Understanding others means you can begin to properly use non-verbal cues, thumbs up/down and so on, and get a genuine response. It also builds trust, that you are actually interested, actually bothered. 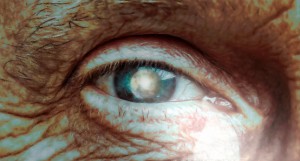 As relatively straightforward as it sounds; empathising and not simply sympathising – to understand what it is like to be in someone’s shoes rather than just offer solace – helps to build rapport.

Where the education system and life in general often falls down is on the issue of honesty. I cannot help myself but to be honest; I’m autistic and my lies are so patently transparent and laughable that I don’t even try anymore. Haven’t done for years and it has been one of the most liberating experiences of my life. How others manage to keep track of their tangles is well beyond my ken.

Being honest, reflecting but not pushing your experiences onto others explains who you are as a person. It shows that you are genuine. If you know, you know.

The DDP Network explain this in far better detail and with greater eloquence here: https://ddpnetwork.org/

All of this is achieved through what R.D. Laing and others have described; talking to others – learning others. The lived in experience (fancy term: existential phenomenology) of the individual is a huge part of what powers their thoughts and actions. To be them, to understand them, is to help them.