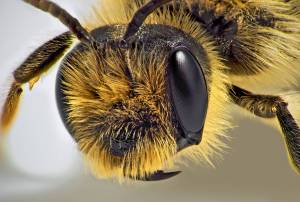 The summer days gave way to autumn, the September skies were blue but the temperature was slowly dropping. Wax had been piling up all summer long and stacks glistened everywhere.

The Bees hadn’t been spotted in a while, so Frank the Anxious Squirrel skipped up the tree and peeked inside the hive. It was decorated for the Autumn Ball, where the Bees chose a mate and danced the night away.

The Queen had many suitors, but she finally picked the highly decorated Captain Buzzsov of the Royal Air Force and spent the night in his arms and doing ‘other’ things. 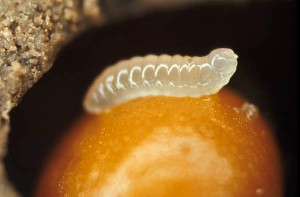 Alwyn the Owl passed the hive in October and heard crying; alarmed she swooped in to check all was fine. Inside she saw lot of baby Bees rolling around, they still hadn’t grown legs and looked like baby worms! Occasionally, a tutting nanny would come and check them. Alwyn chuckled to herself as she departed.

The Queen Bee had given birth to thousands of babies. All the little Princesses were asleep and still in their little larva suits.

Soon they would hatch and break free with wings of their own. The Queen buzzed over them sleeping softly singing a lullaby. 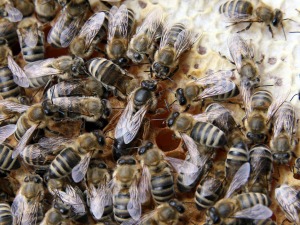 On a fine November morning the beautiful Princesses, all the copy of their lovely mother, the Queen Bee; broke free and fluttered their wings giggling and flying around in circles. A couple not quite used to flying collided and bumped to the floor laughing.

The Queen looked over her daughters playing and dancing with pride. Soon they would all go their own ways and start a hive of their very own. Give birth to housekeepers, workers, an army and eventually a new generation of granddaughters.

But for now, they still all called her Mum, or Her Mumjesty! 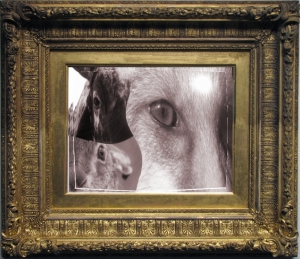