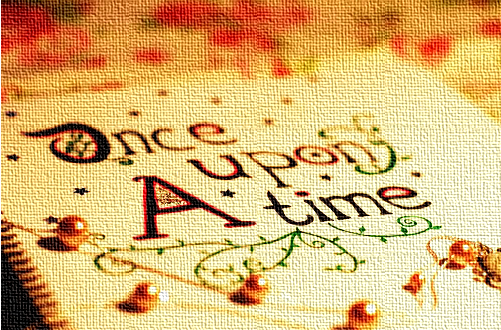 There once was a great king of Lithuania; King Josef was his name. He and his English Queen Elizabeth ruled the land and the people were content. For the good King and his Queen were most kindly and benevolent; the people lived in safety, where wisdom, kindness and justice prevailed.

The king and queen had a daughter; the kind and fair Princess Josephine. Known to all for her long beautiful hair and kindly smile, she was friends with all. The people loved their royal family and all was well within the kingdom.

One day, upon waking, Elizabeth’s eyes bleary from the morning sun went to kiss her husband, the good king. He did not stir. Elizabeth was stricken with grief; for nothing could contain her unhappiness at the loss of Josef. The greedy Lord Maurice, of the local council of businessmen called the people together. Rather than continue the line of wise and kindly royalty and make Josephine the Queen; they usurped her. A bustling mob of peasants armed with torches and pitchforks evicted the royal family from the palace.

Beside herself with melancholy and memory, Elizabeth decided upon exile; to leave the land of Lithuania and return to the place of her birth.

She bundled her clothes and few treasured possessions into a trunk and called for the princess. The princess gathered her belongings; books, her prized lily flower, some gowns, hiding within the seams turquoise and other gemstones and they made for England. The journey lasted but two weeks by boat, they sailed forth and landed at the coastal port of Dover. Elizabeth looked for her family or friends, but none could be found. 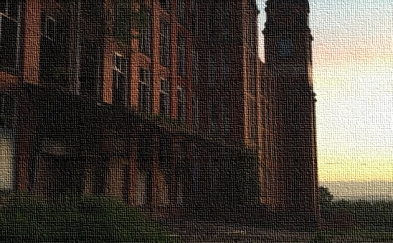 They settled in Lancashire, in an old mill town. Their money was soon short and they lived among the people, working and surviving as best they could. Elizabeth still most fair, caught the attentions of a local king in exile, King Alfons the Great of Latvia. They married and siblings to Josephine were born; her two brothers, Paulus and Alfons and her sister Dana-anna. Josephine doted upon her new siblings and they loved their kind and fair sister. She prepared their food and clothes, kissed them before school, washed their dirty knees and loved them all.

The good King Alfons loved Josephine as his own and she adored him in return. The family however, came upon hard times. For times were tough, lodgings were scarce and costly and all needed to earn to eat. In need of money, the young princess went in search of work. A cobbler, smoking a pipe on the doorstep of his shop spotted the bright and smiling young lady and invited her within, to work for him. The customers of the cobbler loved his new friendly and pretty assistant and she liked her work well.

One night, attending a dance for the local youth; where huge pies, cream cakes and trifles would accompany the rowdy stomping and dance, Josephine came upon a young man, a shiftless bard who wooed her all evening. The princess naive and kind fell for the bard’s words and they spent the night together. Come morning the bard had gone, leaving Josephine alone in the grey light of dawn.

The princess prepared for work as usual and her life at the cobbler’s shop by day and her mother, brothers and sister by night continued. Her mother loved her daughter dearly, but alas became sickly and confined to her bed. Josephine loved and cared for Paulus, Alfons and Dana-anna as she would had they been her own children.

In a few months, the princess fell ill one morning. She discovered to her fright that she was with child. Beside herself with worry, she approached her mother, the Queen to tell her the news. Her mother was kind and told her to worry not. For she would love Josephine’s child no less and could love Josephine no more than she already did. They hugged and the now pregnant princess continued to work until the birth of the child.

The child was born in Autumn, when the winds were turning cold and the leaves falling from the trees. She was a girl, a glorious baby already showing signs of her hair to come. For the new baby princess grew the most magnificent flowing golden locks. They shimmered in the sunlight capturing the attention of all who saw her.

The grumpy Lord Stuart sat upon his throne. To the despair of his mother and father; Lord and Lady Mostyn of Wales, nothing would please the precocious young man. They looked far and wide for the best cooks, entertainers and educators but their search brought no happiness to the Lord.

His mother, a master seamstress, decided upon taking an apprentice. She sent men out to look for an ideal novice; young and willing to learn and with nimble fingers. Their search took them to the old Lancashire mill town where they came upon the Princess Josephine and her beautiful daughter of the golden hair.

They requested her presence before the Lord and Lady Mosytn and Josephine was most shaken; holding the child’s hand firmly in their own, they went to Mostyn to meet with the Lord and his family. They were captivated by Josephine’s kindly nature and beauty and by the girl with sun woven into her hair. They asked she stay, become apprentice and live with them and Josephine assented, for the pay was good and the Lord and Lady most kind.

She took to sewing with ease and soon to the delight of the Lady, could sew masterfully. The princess would often help in the kitchens, making and fetching meals for the family. Every meal she brought, saw no happiness grow within Lord Stuart, for he was fussy and often displeased. Not once did he look upon the Princess, lost within his world of misery.

One day, upon bringing the young Lord a pork pie, shining and crisp of pastry, succulent pork and thick jelly, the filling; Lord Stuart tossed aside the pie after taking but a mouthful and began complaining. Although the Princess was both kindly and patient, she could contain her temper no longer with the young man and indignantly cried:

The Lord stopped mid ramble and looked up at the young lady who had interrupted him so. He fell in love instantly; for she was beautiful. He loved her daughter as he would his own and asked of his parents if they could marry. His parent were delighted and acceded immediately, for they adored Josephine and her daughter.

They were married at midsummer, with the sun at its highest, flowers in bloom and fields bustling with corn. The Princess soon was with child and siblings were born to the girl with the golden hair; the brave and strong Jack and the beautiful and fierce Michaela.

And they all lived happily forever more.