The old Officer sat as his desk, vividly recalling the conversation.

When told of his orders, he refused. He could not do this. The Governor got angry, smashing a bust of the previous Governor. That one had a beard, this was one clean shaved and ambitious; the thought arose as he watched a piece of pottery beard ricochet and pirouette.

He didn’t mind the old one so much; he had a way with the ladies, of that there was no doubt. The boys too if he recalled. Whenever he asked the Officer to provide security; the Governor looked at his feet and the Officer gladly complied. He liked the old one more. The old Governor had also smashed the bust of his predecessor. What is it with these Governors?

This one was not so honey coated. He wanted and he demanded. The Officer would not work with the militia. He would not work with undisciplined men. Men? Pah. Boys. They were not even soldiers. Who can work with young children and criminals? What kind of man fights with children?

His grandfather had a saying ‘Hot men only respect heat’. Well this new Governor, he was the sun. That idiot they had sent him, Pero; the little generalissimo. The old Officer was indeed old and he hadn’t gotten old by saying no. But this Pero. Ach! His father would have made him sleep with pigs for the muck he says. No, this Pero was a bad omen.

No respect anymore. No respect of command or authority. His experienced men had faced him in a semi-circle. They had argued to his face and he acceded to their worries. But told them none-the-less, they had duty. And that they had orders. One of them, a man from the slums who had made corporal had insulted his mother; the slur couldn’t stand and they fought. Bare-fisted and bare-chested trading blows until the Officer won. Even his bones hurt, to his very depths after the fight.

The old Officer ran a hand over his face. It was wrinkled and marked from worry and wounds. He didn’t need this.

He got up. Taking a last look at the small bust of the great general on his table, making a mental note to call the stone mason in the morning; he turned off the light and departed.

Walking home, the weather was glum. He had no problem with glum, it matched his mood. It was quiet as he closed the door. His wife still hadn’t returned. He sagged against the wall and cursed himself. He was a lousy husband. He drank too much, smoked too much, complained too much.

It’s a wonder that she put up with him for so long; as her sister liked to remind him. No calls. No messages. He sighed as he moved through into the living room.

One night when he and his wife were still young, he came home fresh from battle. In his sleep he dreamed of a fight. He was surrounded by four men and he had no weapon. So he swung his fists here and there with all his might. His wife woke him, worried by his restlessness. He punched her in the face, giving her two black eyes. He thought he was in his dream. His wife, Lords be truly blessed, forgave him. But still, he had never changed his ways.

Then six months ago, she had enough and walked out. With her suitcase and the dog, to her sisters. He sent her money, but she did not come back. He had sent her flowers and scent, but no. They were orange lily from the gardens she loved. Twenty-seven years of marriage. Puff. In smoke.

His wife was always chasing him, arms aloft. “If you do not do as I ask, I will haunt you”. So, haunted he was, by her memory and loss. His bones ached to the marrow.

He walked up to the foot of his ancestor. Picking it up, he sat in the armchair and brooded. 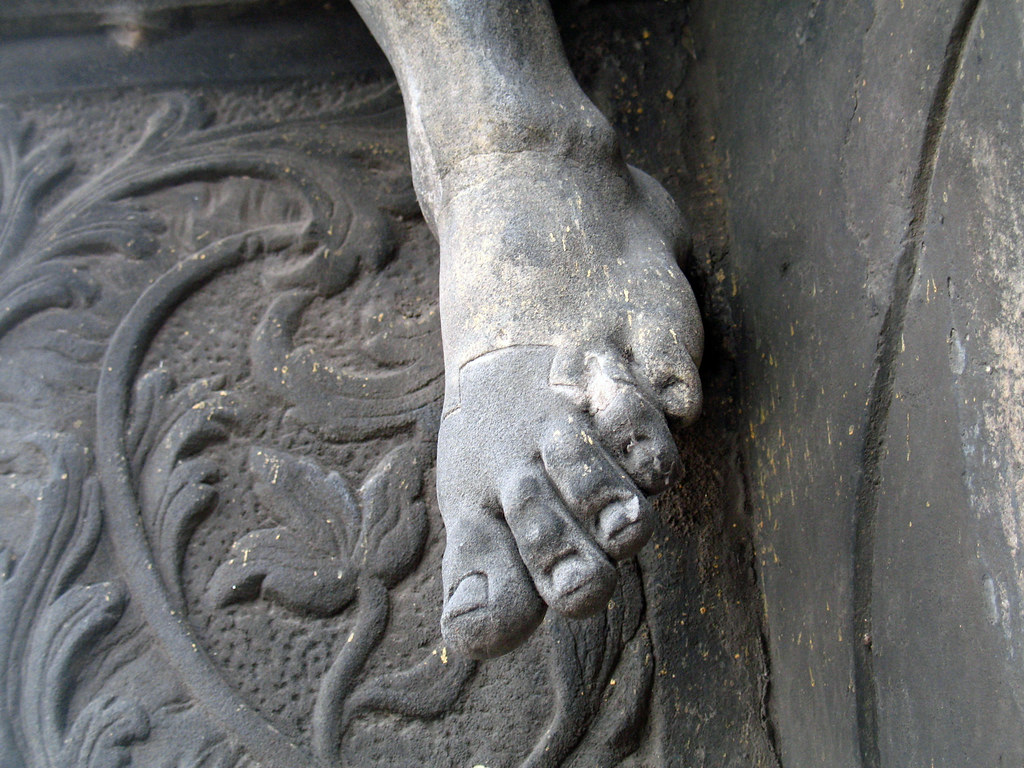